I used to love granola prior to going Paleo, and there are times I definitely miss oats. There is just something comforting and cozy about oats that I miss, so to bring that feeling back, I started playing with ways to emulate the flavor and texture without the grains. I have actually come to enjoy this Paleo cinnamon spiced granola even more than the traditional kind! 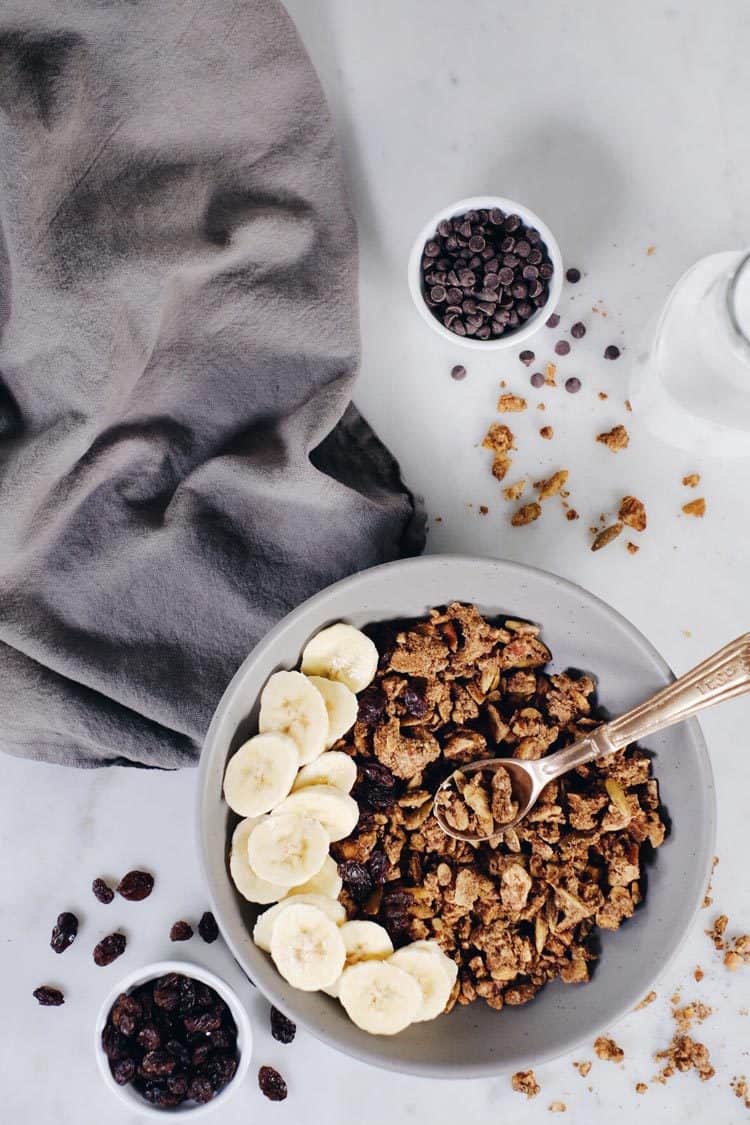 This Paleo cinnamon spiced granola is free of grains, but lacks nothing when it comes to flavor and texture! It is super easy to make as well. Just pulse the nuts in a food processor and add some seeds and coconut flakes with nut butter, maple syrup, vanilla and cinnamon. 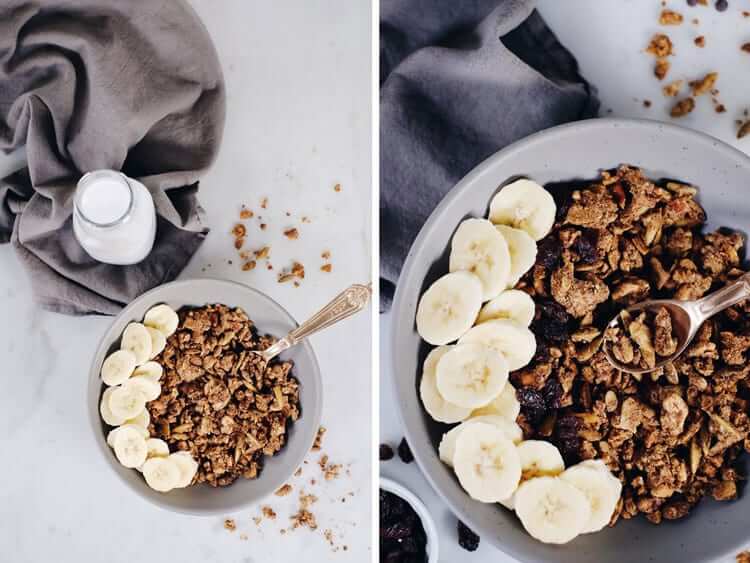 Mix it all up and then spread it out on a baking sheet. Bake and let cool. It really is pretty easy, and then you know exactly what went into it, and you can customize the flavors, too! I love cinnamon, so I like to add lots and lots of it! 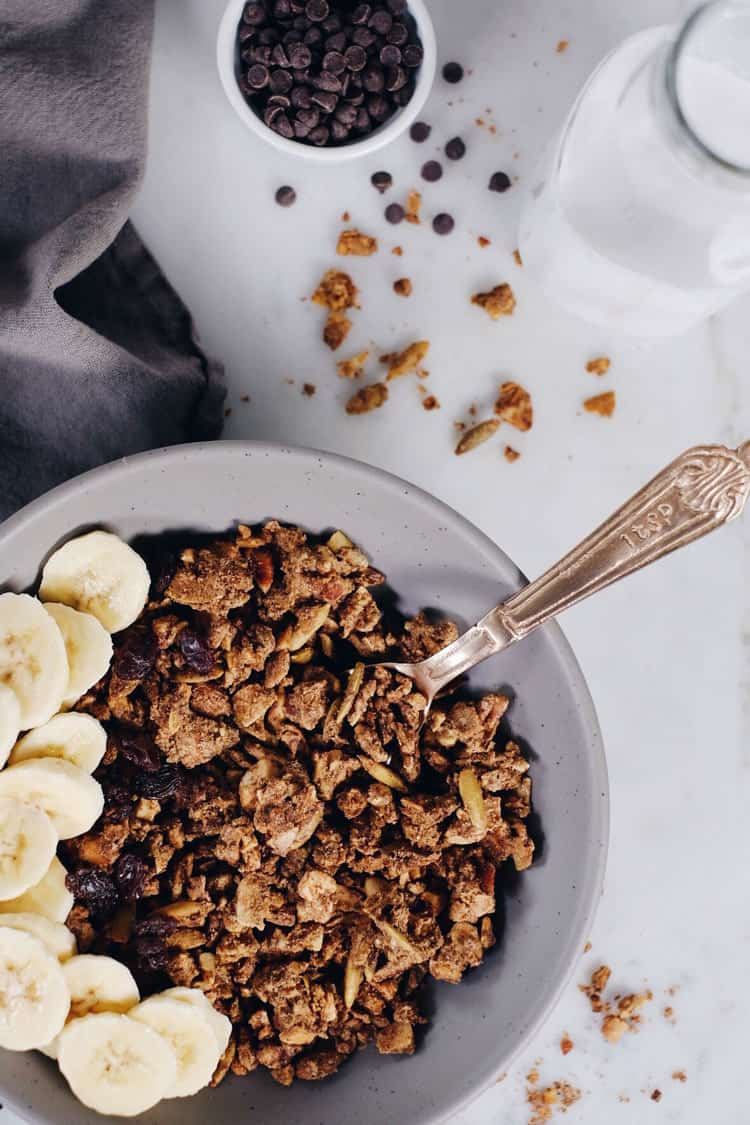 Enjoy It Savory Or Sweet

We love the versatility of this Paleo cinnamon spiced granola. It can be eaten all on it’s own or as a topping over ice cream. I think my favorite way to enjoy it though is as a cereal with full fat coconut milk poured over the top. I love it for an afternoon snack or an after dinner snack/treat! 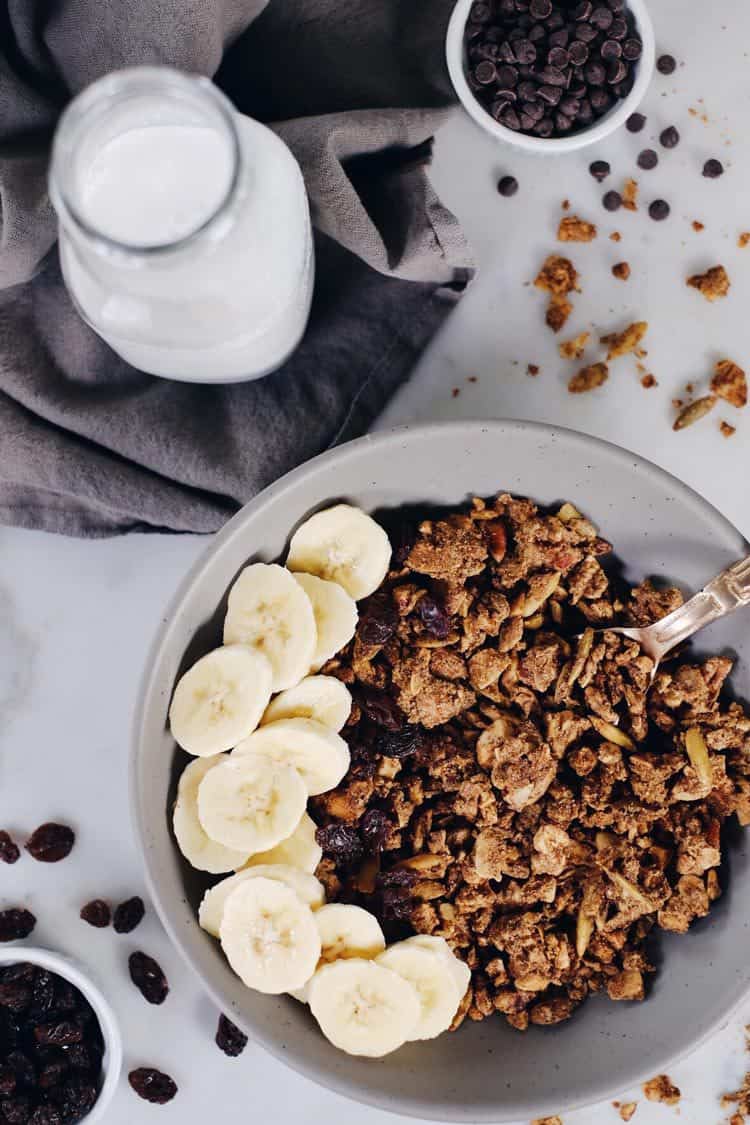 Your Turn To Make Our Paleo Cinnamon Spiced Granola

If you’ve never made your own granola, you really must try! This Paleo cinnamon spiced granola is easy and worth it! Let us know how it goes by leaving a comment below. Also, take a photo and tag us on Instagram @realsimplegood, so we can check it out! 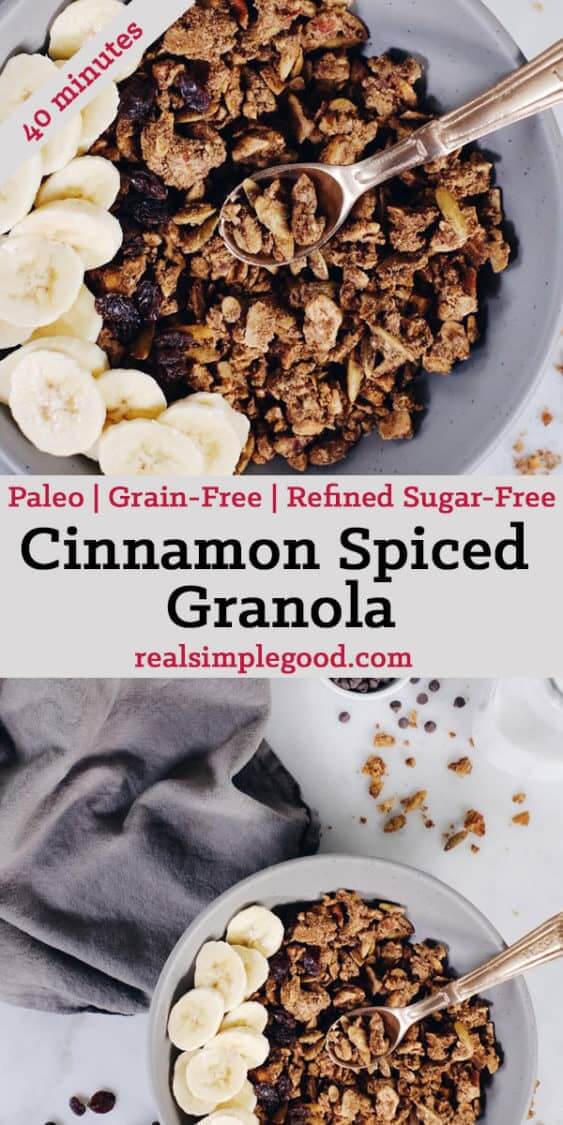 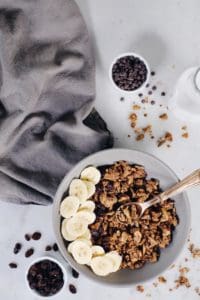 4.75 from 4 votes
Justin + Erica Winn
Prep Time: 10 minutes
Cook Time: 30 minutes
Total Time: 40 minutes
Course: Breakfast, Snack
If you've never made your own granola, you must try! This Paleo cinnamon spiced granola is easy and so worth it! It's a grain-free version you'll love!
Print Recipe Rate Recipe Share by Email
Prevent your screen from going dark

Tried this recipe?Take a picture and tag @realsimplegood so we can see it!
Pin1.0K
Share7
Yum24
Flip
Email
1.1K Shares

Hi, we are Justin and Erica! Former accountants turned real food and healthy lifestyle bloggers. We are here to help you live better.

Get our latest recipes and lifestyle tips delivered to your inbox. Let us help you create your own Real Simple Good Life, starting with a free one week meal plan!