6 hrs 50 mins
8
4.62 from 13 ratings
This Paleo enchilada casserole combines two of my favorite things - Mexican flavors and cornbread (but without the corn)! Totally grain-free and delicious!
Jump to Recipe
posted by Justin + Erica Winn on October 29, 2017 (last updated Aug 17, 2020)
This post may contain affiliate links. 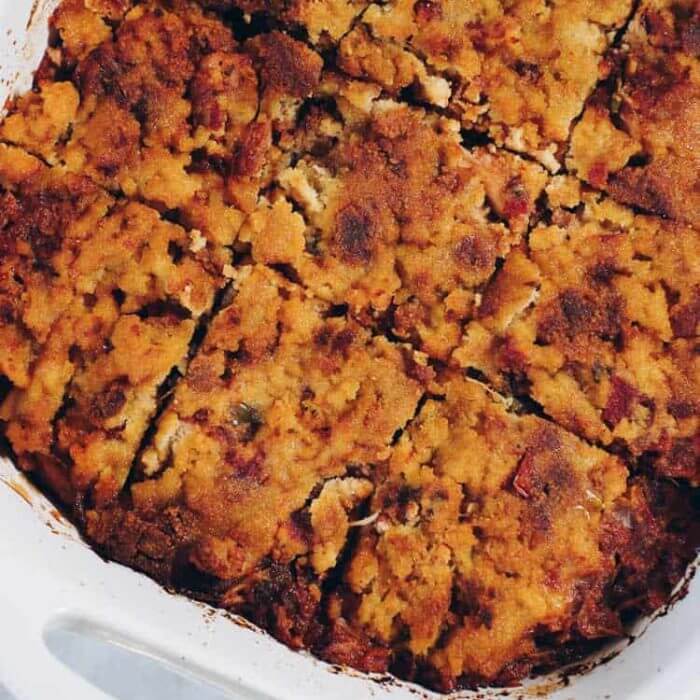 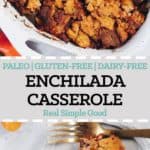 What is it about Mexican food that just feels so right?! I could eat tacos, taco bowls, enchilada soup, this Paleo enchilada casserole or really any other variety of Mexican flavored food every day of the week. I mean, it’s good to live it up on Taco Tuesday each week, but I could really go for it Every. Single Day. Are you that way, too? 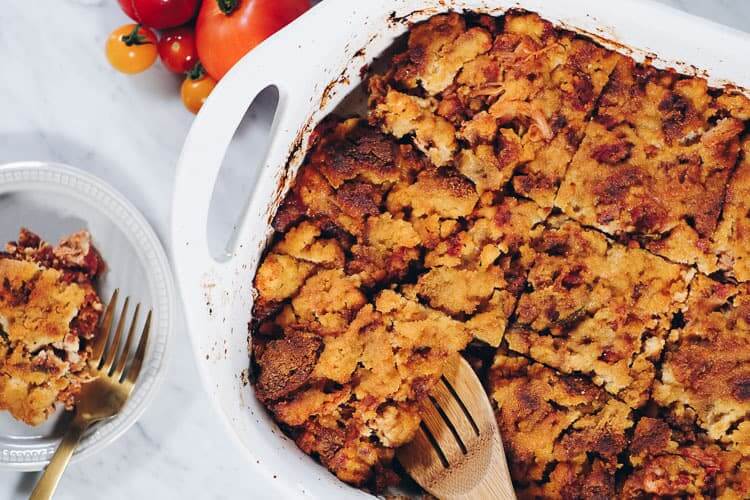 Is that a thing? I used to love enchiladas pre-Paleo life, but have yet to re-create a Paleo-fied version. But….we did create this Paleo enchilada casserole, which is pretty much the next best thing. It combines two of my favorite things – Mexican flavors and cornbread (but without the corn)! Wait. What?! You read that right! This casserole has a layer of Paleo cornbread on top, and it is dang good! 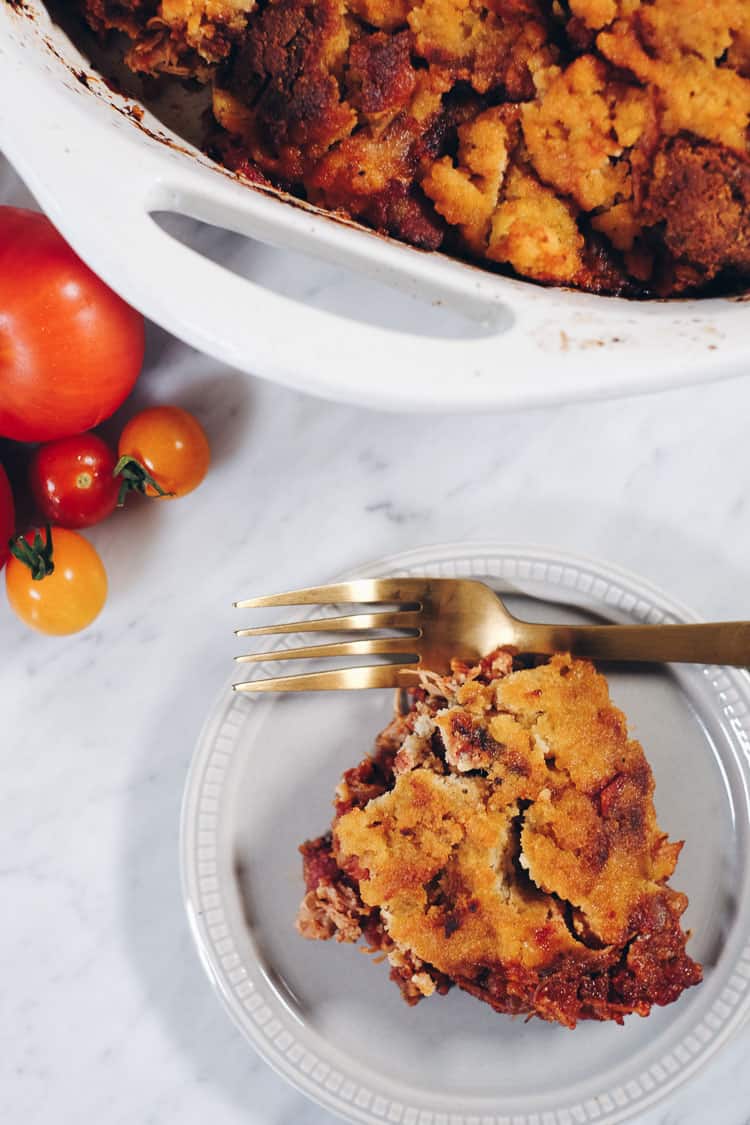 The Inspiration For This Recipe

Well, our friend Jessica over at Jay’s Baking Me Crazy made this to-die-for Paleo cornbread chili pie, and both Justin and I couldn’t get enough. We’ve made it several times, and it never gets old! We apparently just couldn’t get over how great of an idea it was. Then, a little later last year we made our crockpot/instant pot chicken enchilada soup, which gave us all the warm and fuzzies Mexican foods tends to do, and I thought huh – how about making that a casserole with a cornbread topping, kind of like Jessica’s Paleo cornbread chili pie? And that is how this delicious Paleo enchilada casserole was born. We made it several times last year and decided we just had to finally post it this year! 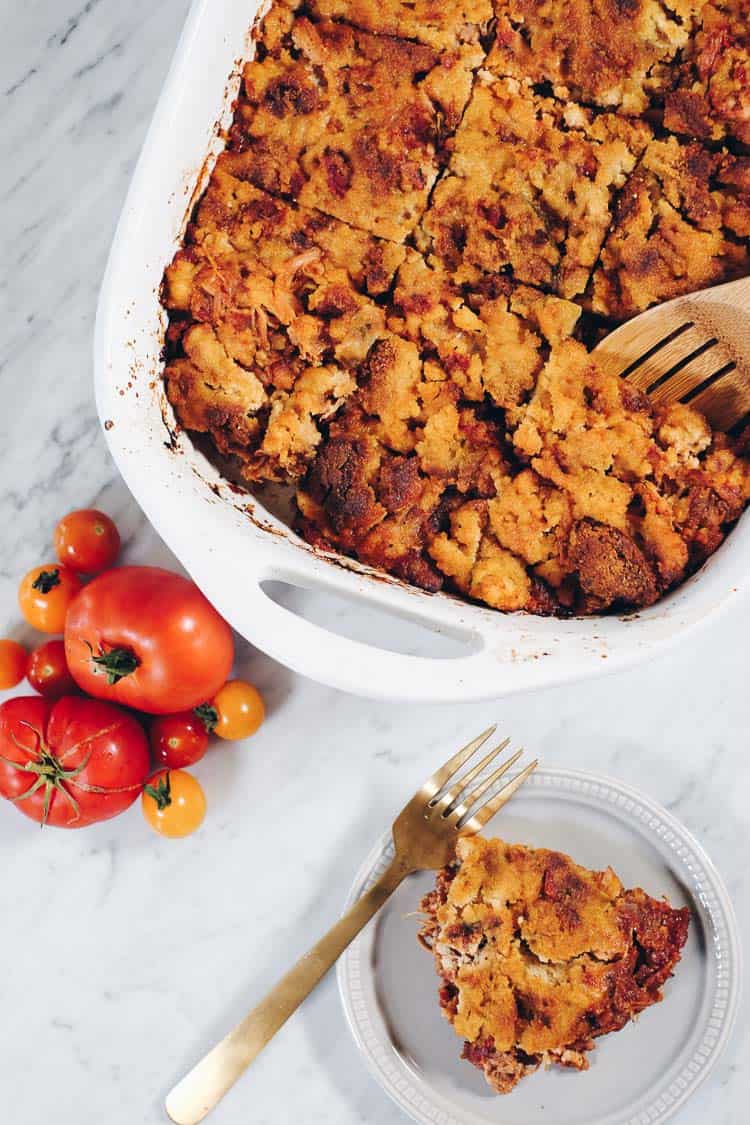 Crockpot Or Instant Pot For The Chicken

To make the enchilada chicken, you can use either your Crockpot or Instant Pot. We like to use the Instant Pot for this recipe because once the chicken is done you have to transfer to a baking dish and spread the cornbread topping over it to then bake in the oven. Using the Instant Pot just cuts out time and makes the whole process quicker to throw together if you’re doing it all in one night. You could also make the chicken separately and just refrigerate and then do the baking part the night you want to enjoy it. Either way, get this Paleo enchilada casserole on your radar! It will be a new favorite! 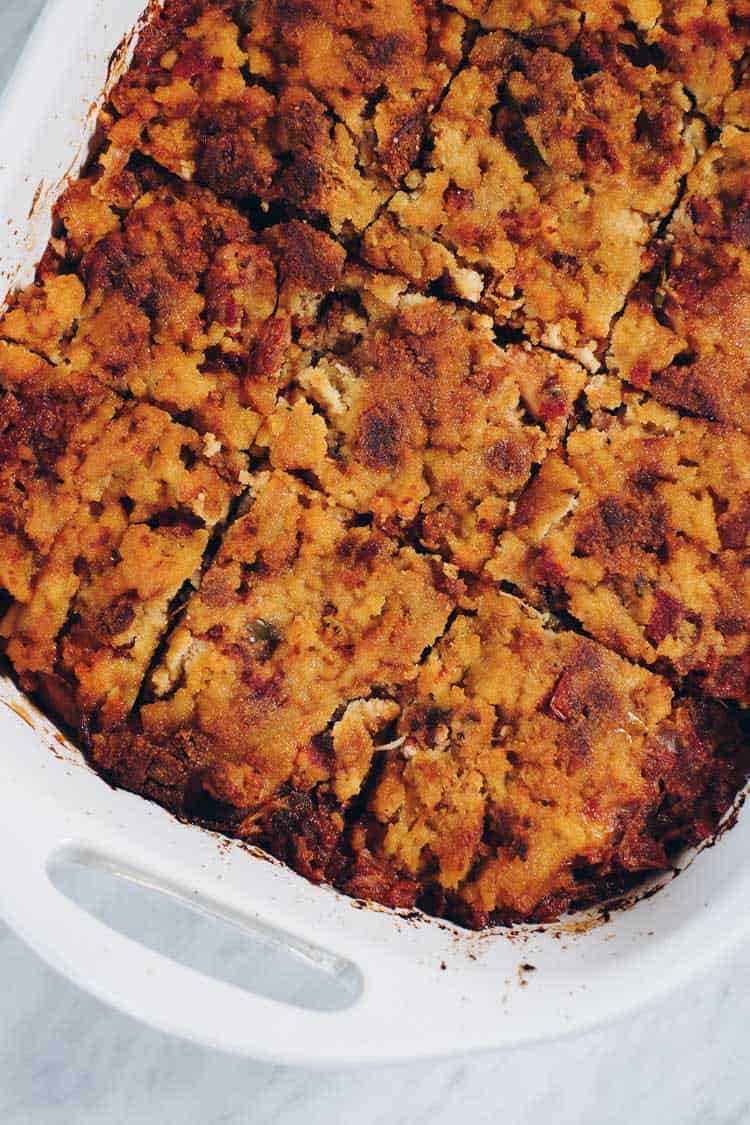 Some Other Mexican Inspired Recipes 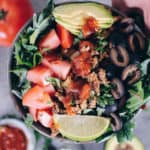 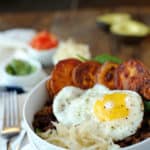 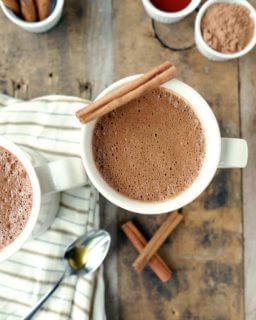 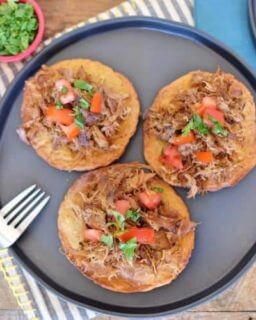 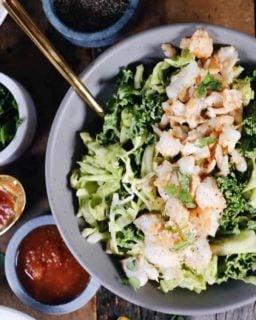 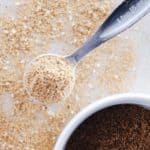 Your Turn To Try Our Paleo Enchilada Casserole With Cornbread Topping

Hurry and make this Paleo enchilada casserole. You will LOVE the combo of the Mexican flavors with the cornbread topping! Let us know how it goes by leaving a comment below. Also, take a photo and tag us on Instagram @realsimplegood, so we can check it out! 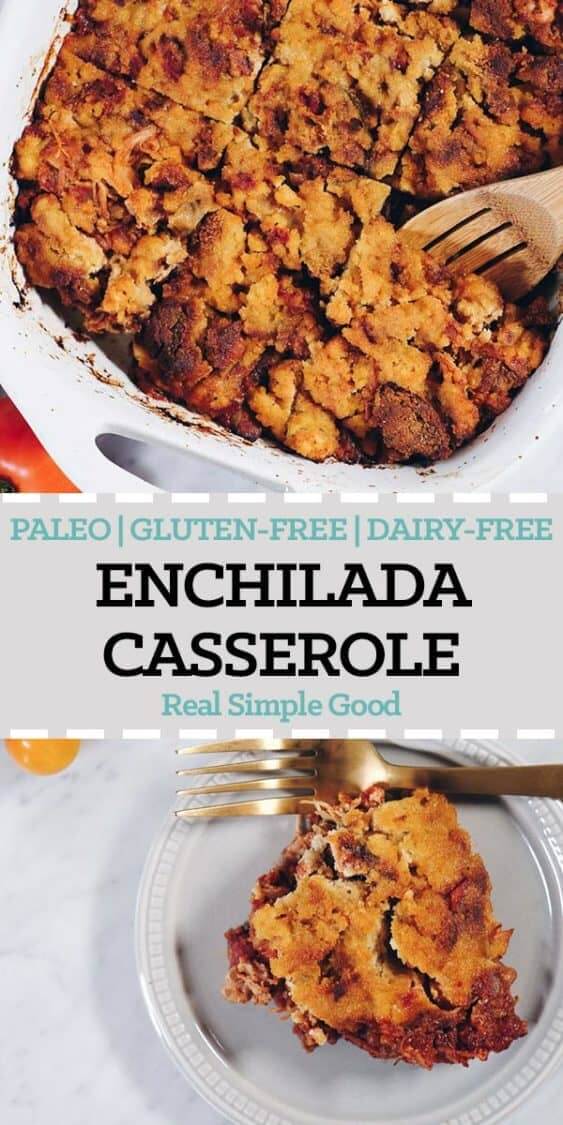 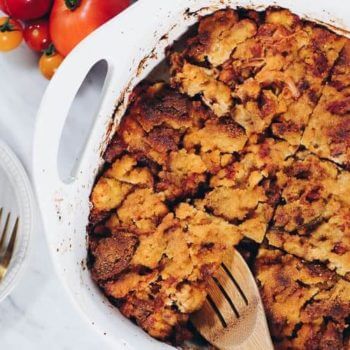 For the crockpot or instant pot:

For the cornbread topping:

Course: Main Course
Author: Justin + Erica Winn
Cuisine: Mexican
Did you make this recipe?Tag @realsimplegood with hashtag #realsimplegood on Instagram. We love to see what you make! 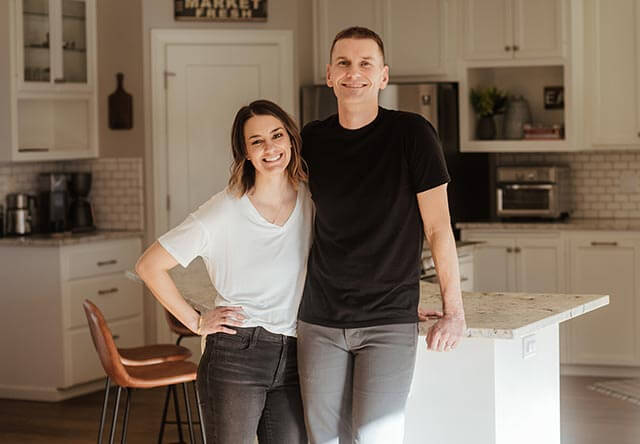